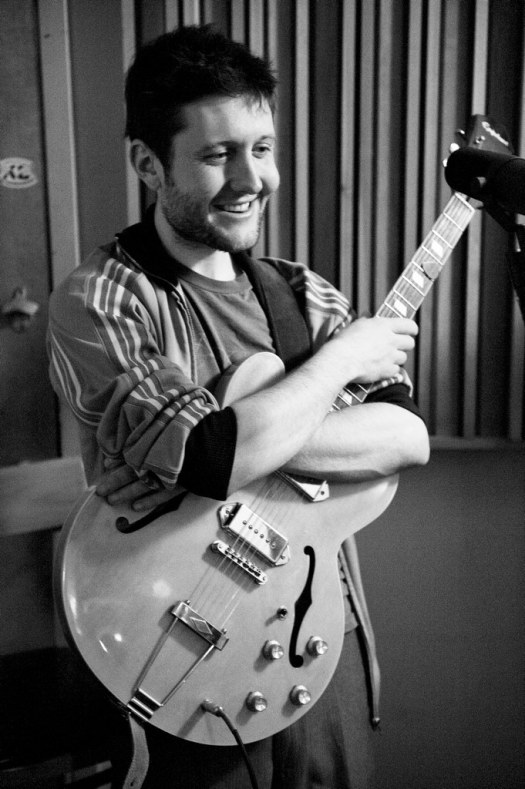 “This is a breakup record. Two of the songs were written on a Wednesday, and by Friday I was getting divorced,” singer-songwriter Elijah Tucker says. His words reveal the inner struggle and ultimate salvation that fueled his sophomore record, Saturn, released October 11, 2012.

The heart of the record is the pining soul-jazz ballad “Kicking Snow.” It’s an emotive, late-night simmering confessional of fading love.  “That song tells the story of the frustration and loneliness I felt when I realized I’d taken a step I wasn’t ready for,” he explains. “The day I got married, it was cold outside, and I found myself walking down the street kicking snow, wondering ‘what the %&@ did I just do?!’” He plaintively sings: “And I’m alone, and nowhere is home/And I’m on the street, angry and Kicking Snow.” Here, Tucker’s Broadway-robust voice is raw but restrained with nuanced emotionality. The arrangement, though vintage in spirit, is innovatively organized. The revelatory instrumental break in the bridge features a unison melody played by a unique combination of acoustic and electric guitar, flute and tenor saxophone.

Tucker grew up equally proficient on drums and guitar. He devoted the beginning of his career to drumming in the jam band scene (he remains a big Phish fan), cutting his teeth in many sweaty funk ensembles before turning his attention to his guitar playing, singing, and songwriting. He has been praised for his diverse musicality. According to The Chronogram, “the rock and R&B realm mixes fluently with poppy funk, reggae, country, and blues.”  His knack for sharp hooks and clever song-craft has garnered favorable reviews from a broad range of established music biz veterans. Phish lyricist Tom Marshall has praised Tucker’s voice and orchestration. Gary Goldberg, (DJ, WRPI Albany), has toasted Tucker’s songwriting, enthusing: “Beautiful, crystal clear and strong—hard to pick a favorite.”

With Tucker on guitar and vocals, the Saturn band also includes Akie Bermiss (keyboards/vocals), Mark Wixom (bass) and Andrew Gillespie (drums).  Guests on the record include Clark Gayton on Trombone and producer/engineer Craig Dreyer on winds and organ, among others.

Elijah Tucker’s aesthetic on Saturn is both sophisticated and down home, encompassing snappy 1960s soul, wooly classic rock, smoldering jazz, juke joint blues, Afro-beat, and bossa nova. It’s a blend Tucker simply calls “Rock ‘n’ Soul.” The 8-song full-length is direct, concise and pointed, with a carefully considered side A and side B album flow.

The infectious “O Pain! Piano” and the playful “If I Only Had A Brain” are album highlights. “O Pain! Piano” is a classic slice of Elton John-esque piano-rock with refreshingly blunt introspection. Tucker’s lyrics are powerfully succinct: “The best thing about my life is that it’s mine/The worst thing about my life is Everything.” With a nod to The Band, the soul-rock of “If I Only Had A Brain” has a scruffy charm, featuring an endearing duet with keyboardist Akie Bermiss.

The album, produced by Tucker and Craig Dreyer, was tracked totally analog at Dreyer’s Mighty Toad Studio in Brooklyn. The fact that it was a non-digital production bespeaks a deep artistic intent: Tucker wanted to capture the warm organics of recording to tape. “The sounds went from my mouth and fingers onto this tape—the sound is really here—it’s a not just a digital approximation,” he says. Saturn will be released on vinyl so it can be experienced true to its heartfelt, old school intent; it will also be available digitally.

“A big part of my experience is that clinging to an idea of what was “right” kept me where I didn’t want to be.  When I finally let that go and trusted myself, my life began to open up.  It was painful, but it was the pain of growth, rather than that of stagnation,” Tucker says reflecting on the inner growth he went through while creating Saturn. “I had to really look at myself and realize this is my life; it’s worth taking my time, trusting my gut and striving for excellence without an attachment to the outcome. The things that are worth doing are worth spending time on, and that slow work has given birth to Saturn.”

One Reply to “Bio”